By continuing your visit to this site, you accept the use of cookies. These ensure the smooth running of our services. Learn more.

The United States recently released its 2020 census. One of its purposes is to identify “races” and “ethnicities”. The numbers are impressive – but to be taken with caution, as the criteria have changed since the last census in 2010 (source).

In 2020, the percentage of people reporting multiple races changed more than all single race groups, from 2.9% of the population (9 million people) in 2010 to 10.2% of the population in 2020 (an increase of 276%). There are now 33.8 million Americans who identify as “multi-racial”. Even if all of them are not “multicultural” as well, that makes a few potential readers for Bandati! 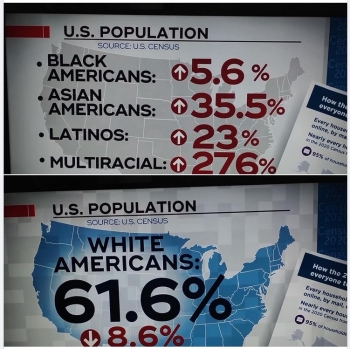